The Year 11 Design & Technology students completed their 'Electric Ultralight Vehicle' challenge, with one final courageous attempt to beat the clock and push the limits of their own engineering capabilities.

The very fine young gentlemen in this D&T course, who were divided into 4 teams, have shown a high level of motivation and dedication while engaged in this task, which involved the development (from scratch) of a light vehicle (running on three or more wheels) powered by a cordless electric drill.

"Team PVC Pipes" started the project very strongly but encountered extreme difficulties getting consistent traction from the powertrain in the end.

"Team Steampunk" produced a bespoke and unique concept, which, combined with the right selection of props, made a strong stylistic statement at the starting line; however, it struggled to make as strong a statement in regards to the speed of the vehicle and the capacity to complete multiple laps around the COLA.

"Team Knievel" had all the necessary ingredients (initially) to beat the rest but fell victim to their own need for speed and misguided thrill seeking in the lead-up to the actual races. To put it in other words, they tested their EV model to breaking point (literally) before the final races, then had to scramble in the workshop at the last minute to have a race-ready vehicle for the time trial run.

Finally, the team which opted to design its vehicle (highly controversially) on a chassis built on very robust and heavy 2x4 non-construction pine beams managed to achieve the most consistent performance across the two race meetings we had in the COLA. Clearly "Team 2x4" made what turned out to be a wise engineering compromise when they chose to sacrifice reducing their vehicle's total mass in order to achieve appropriate body rigidity.

This is what Auguste, a member of "Team 2x4", had to say about the project:

"Doing this project really pushes your ability to think hard about how to design a system that works almost flawlessly. Just after starting the project, it became evident that it was much harder than most of us thought. The strength of the design, the speed, the scale and the propulsion system all made it an extremely enjoyable experience. I highly recommend this project to continue in later years, as it taught me a lot about thinking on your feet and how to solve problems when they arise. It turned out to be my favourite project that I've ever done in Design and Technology."

Whether the different teams managed to complete just one or multiple laps around the race track, this project ended up being a very valuable and positive learning experience for the boys in the D&T Preliminary Course, and particularly for those students continuing into the D&T HSC Course.

The fantastic group of students who worked on this design project made a notable effort with a remarkable level of cooperation and comaraderie. It was a real joy for me as a teacher to work with the talented, awesome young men involved in this project. 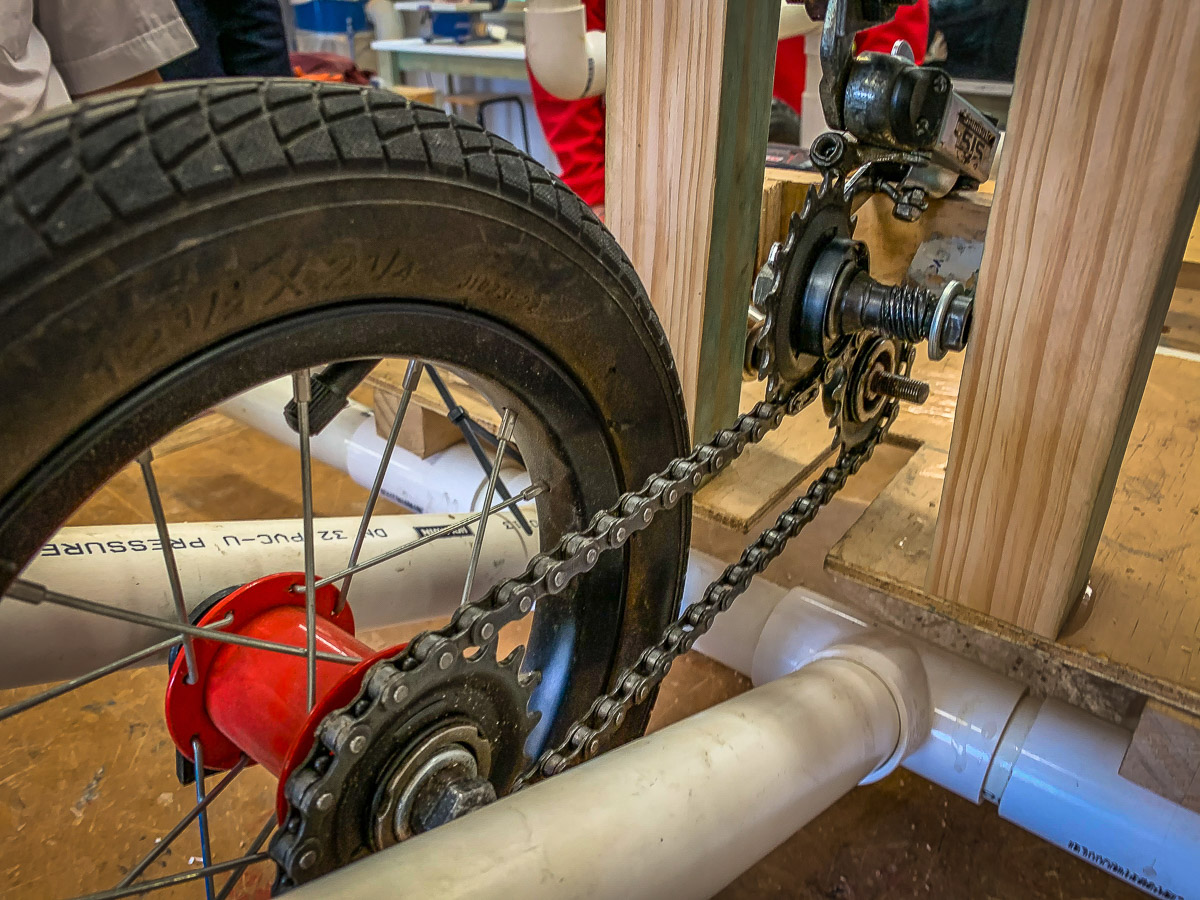 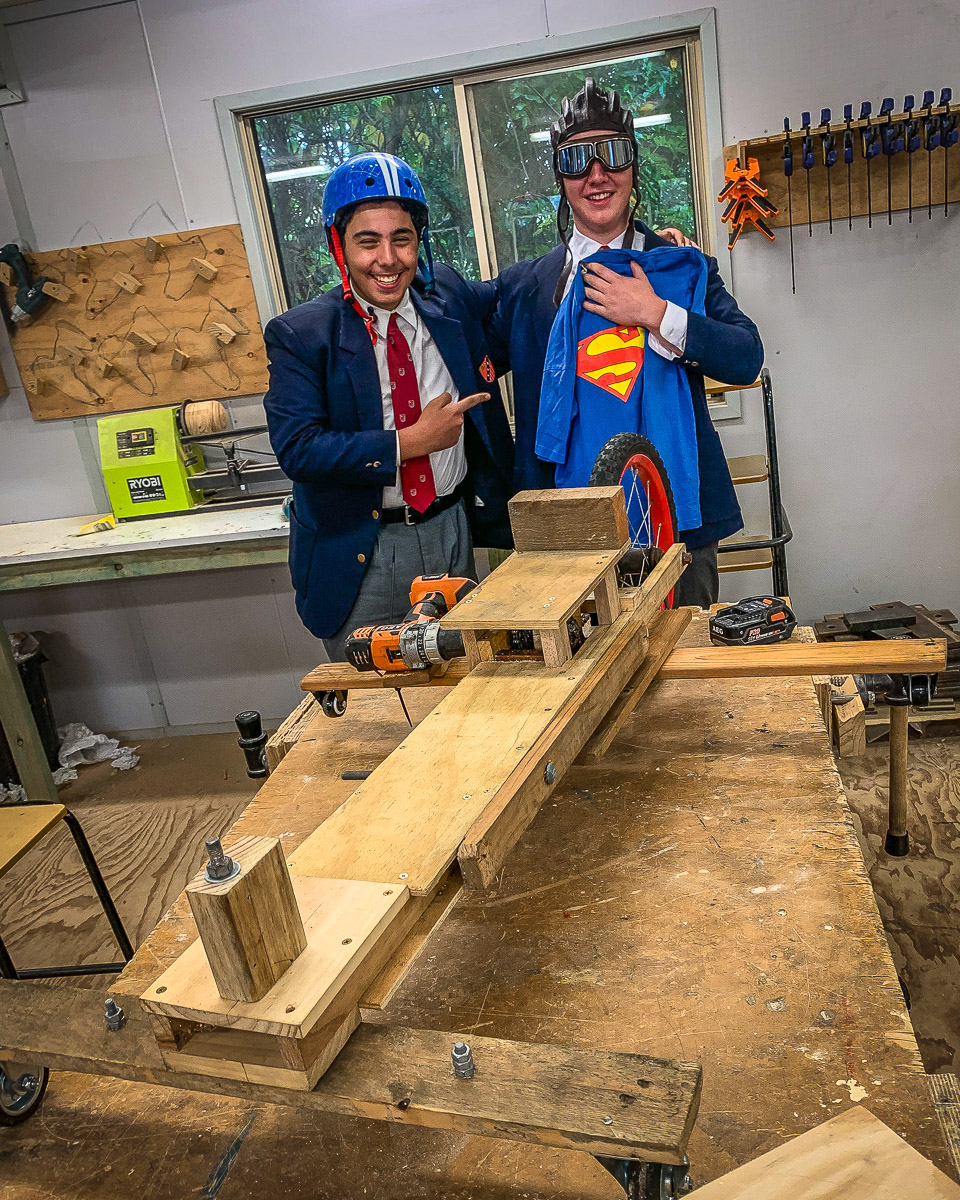 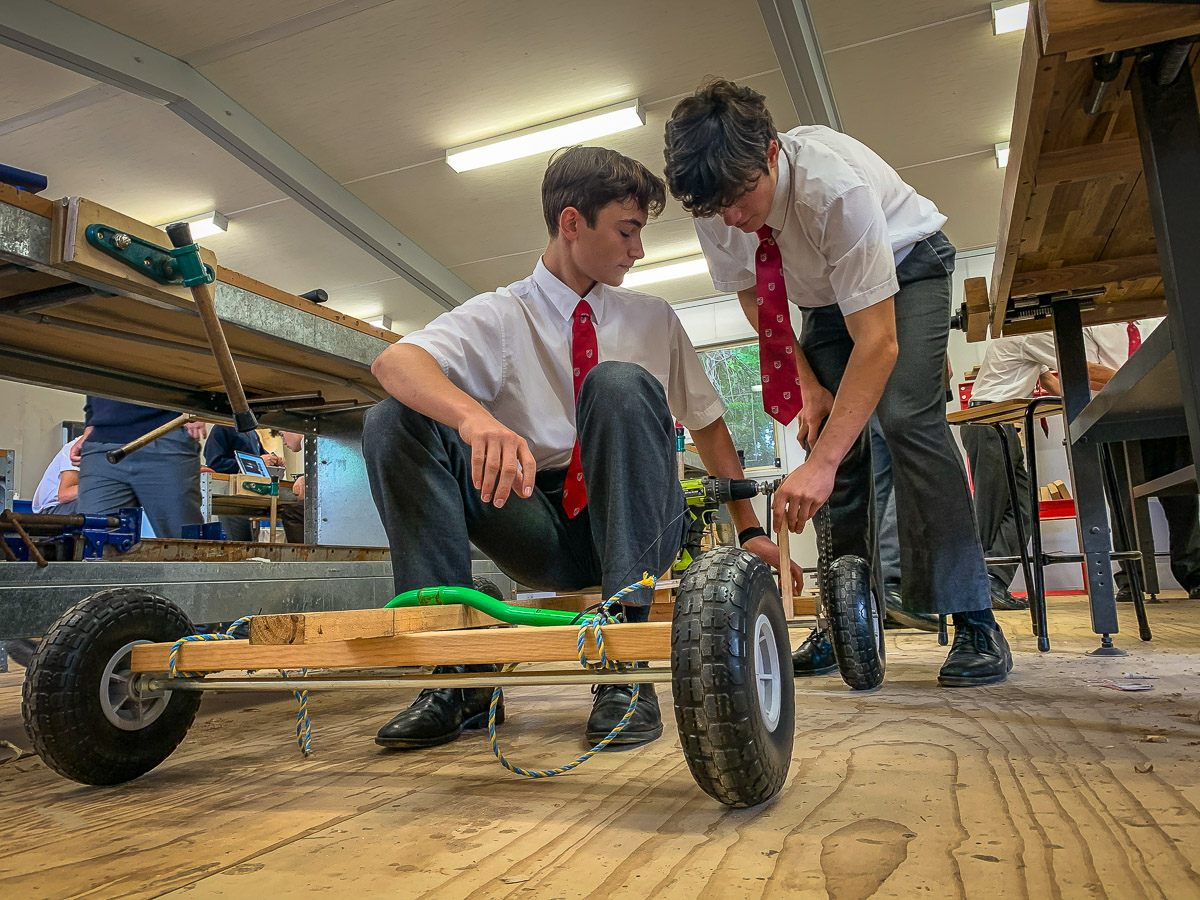