On our long-awaited return to Redfield, the Year 12 Visual Arts students took great pleasure in presenting their HSC submissions to their peers in the College Atrium. Ben F. (Year 12 Sirius), James D. (Year 12 Sirius), Lorenzo B. (Year 12 Hydrus), Max J. (Year 12 Altair) and Mikael W. (Year 12 Castor) have worked extremely hard to complete their Bodies of Work to a very high standard, despite the difficulties of the remote learning period.

(All artworks can be viewed below).

Ben explores the concept of sonder in his work. His subjects are his high school mentors, who are all on their own personal journeys through life, while also influencing his own. Ben’s “Four Subjects of Sonder” has been influenced by Tom Klaver and Andy Warhol.

James's Japanese Manga-inspired work, “The Hand That Life Deals You”, depicts the four temperaments in the form of a deck of playing cards. Each emotional temperament increases in intensity until it reaches its extreme and reminds us that, while you have no control over the hand that life deals you, how you play that hand is up to you.

Lorenzo's “Desire, Contentment and Regret” is a triptych that conveys his emotional links to England and his future goals, the comforts of Haberfield, surrounded by his family's Italian culture and the hardships and difficulties he associates with life in Concord. Lorenzo’s work shows a great fondness of Art Nouveau and the artist Alphons Mucha in particular.

Max's work, “Ride”, documents how, sometimes, we have to persevere through the chaotic and unpredictable nature of life, while at other times we can enjoy the sporadic, unpredictable experiences life offers us. The use of expressive lines and textures has been influenced by artists Jackson Pollock and Gordon Bennett.

In “Mikael’s Dialectic”, Mikael depicts the process of coming to terms with his identity as a child of two distinct cultures: Australian and Korean. This oil painting triptych shows Mikael’s realisation of, insecurities about and reconciliation with his cultural dichotomy. His influences include David Hockney and Jean Michael Basquiat. 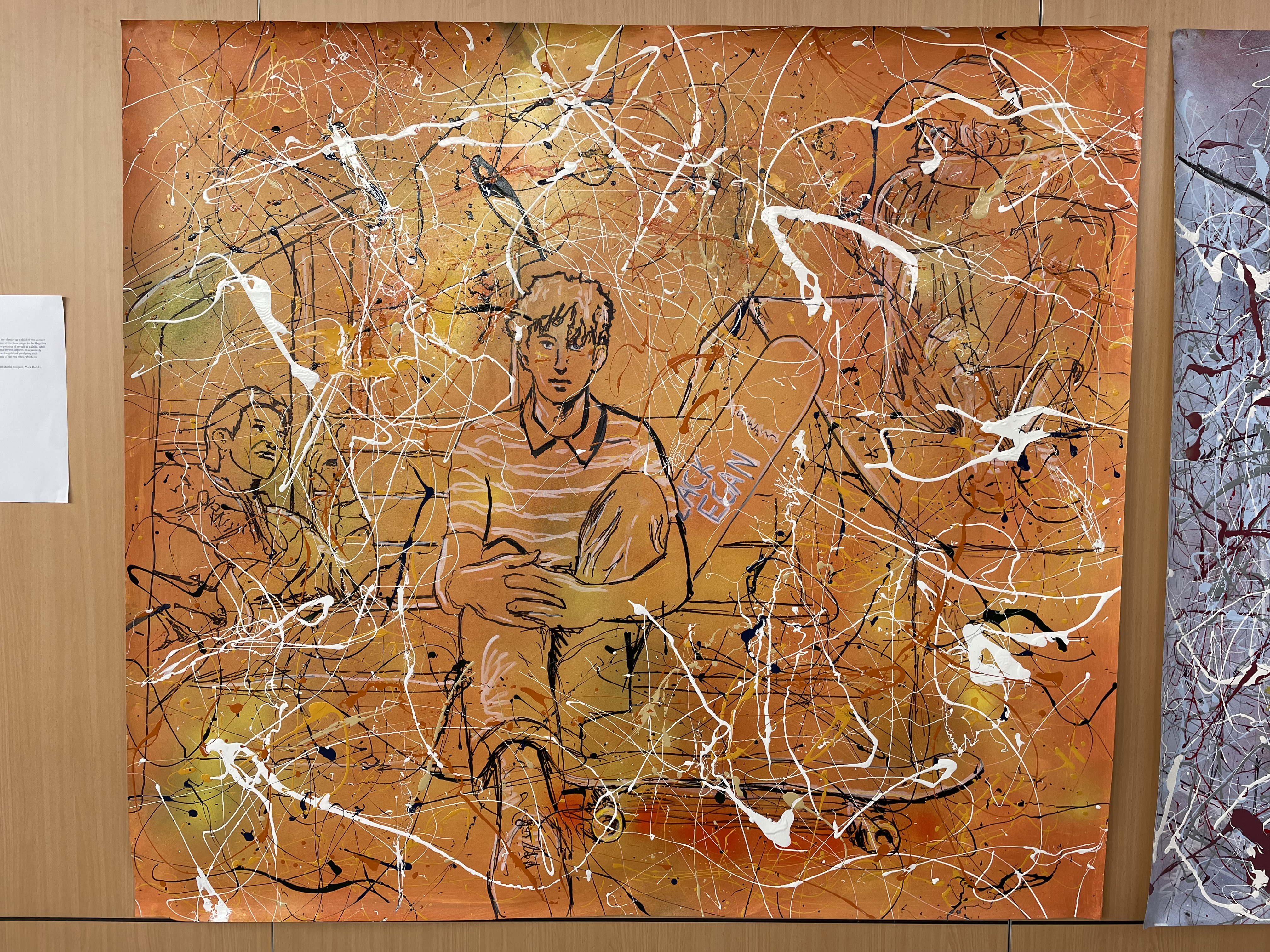 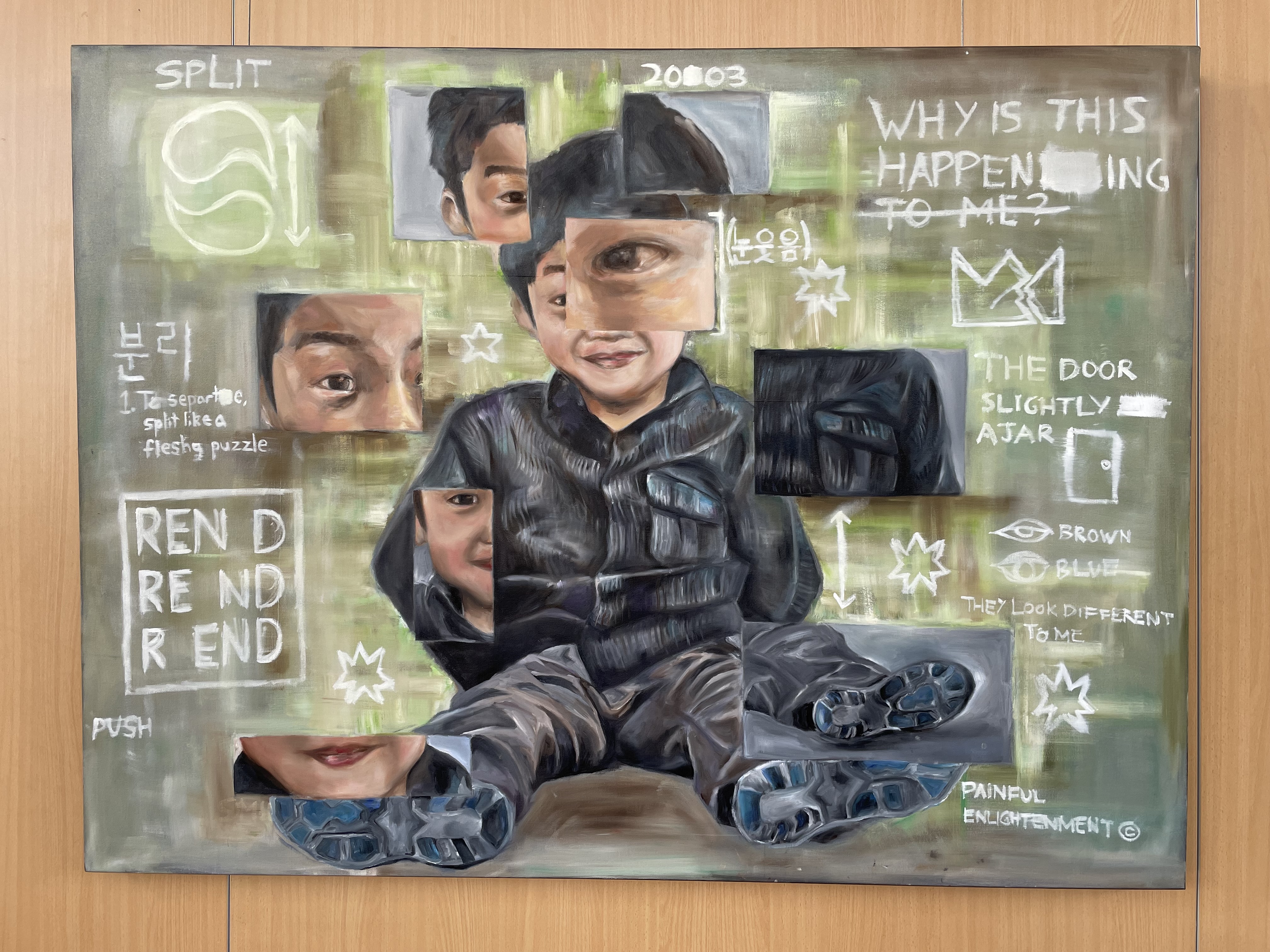 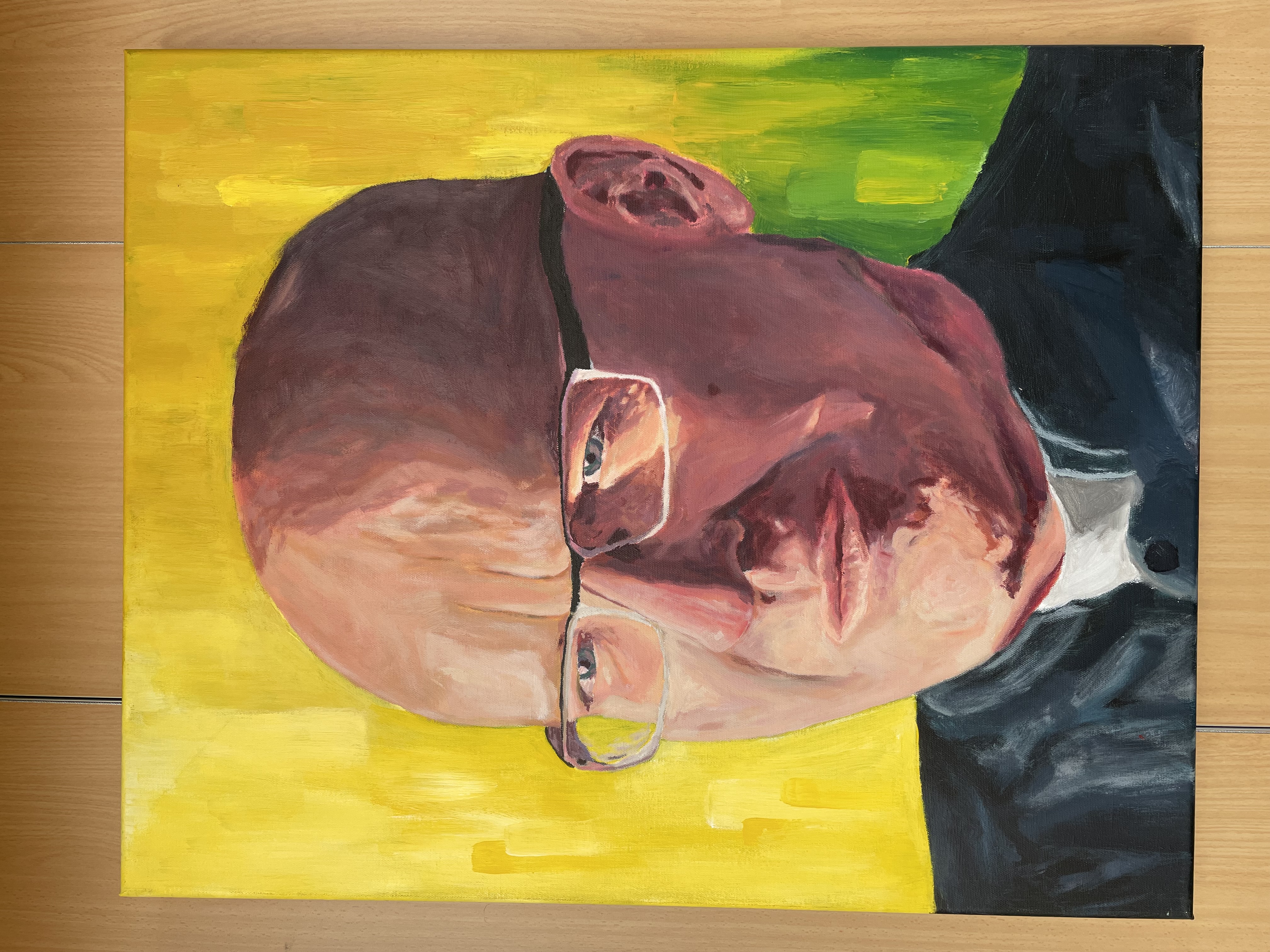 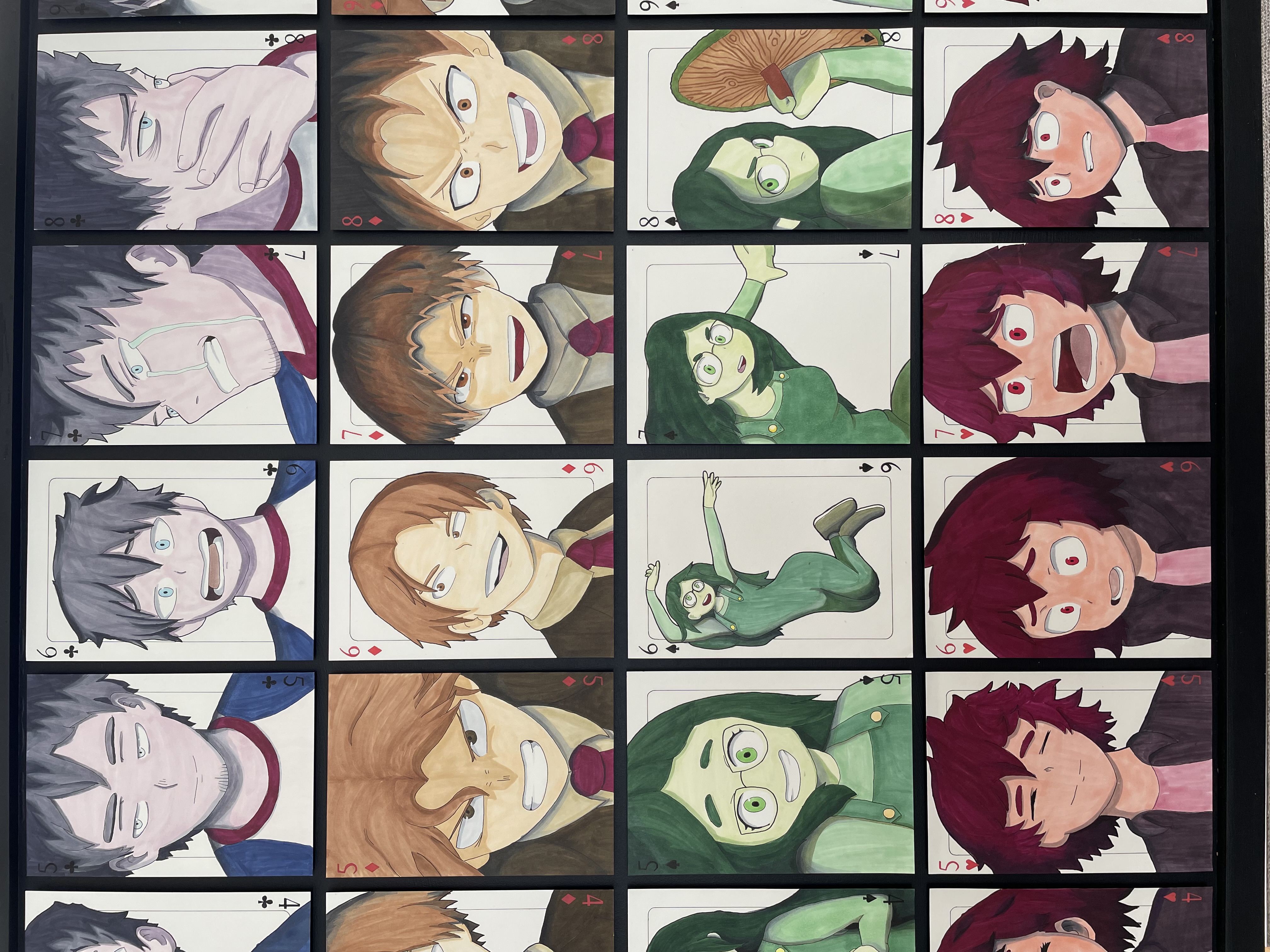 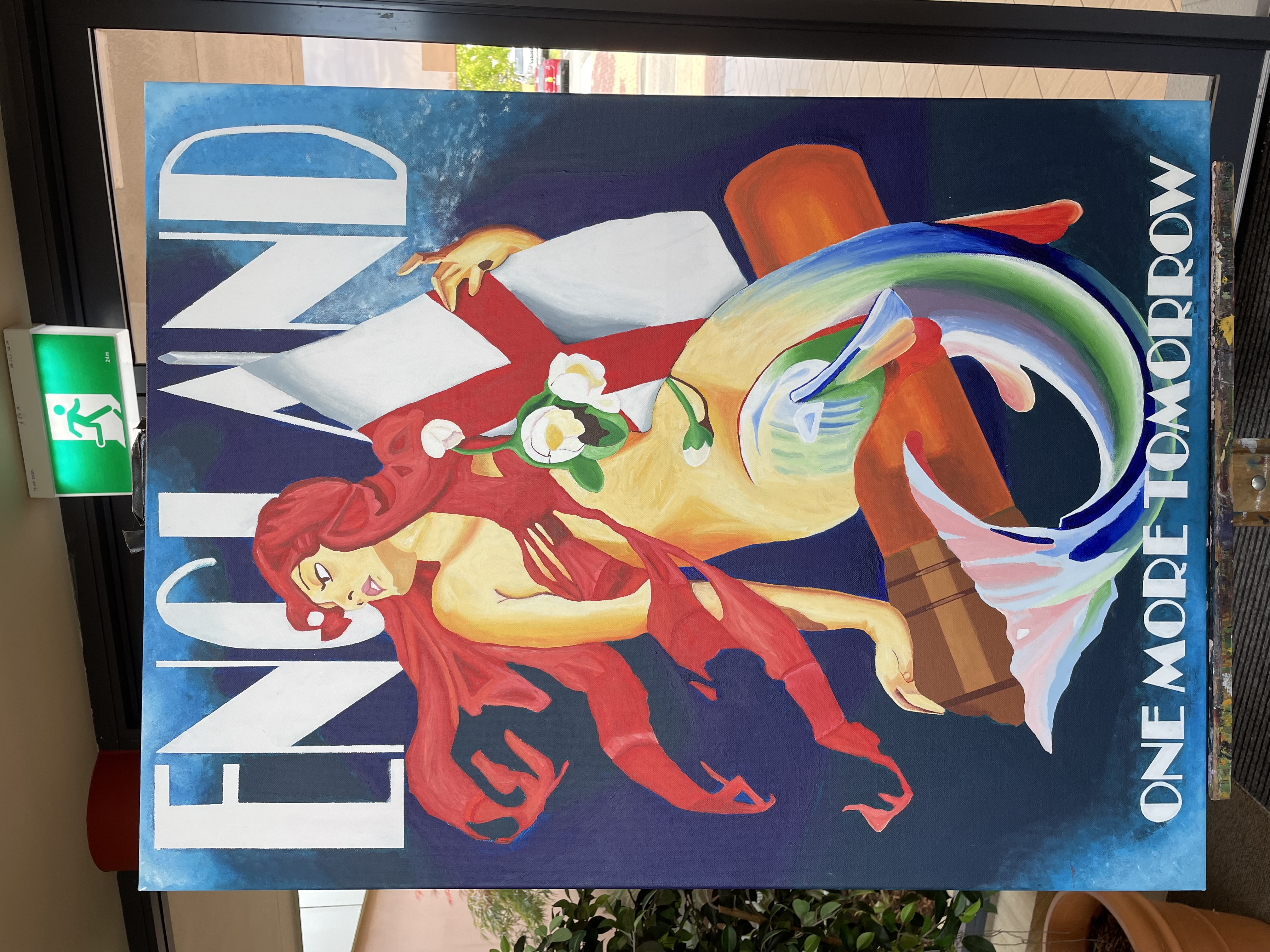 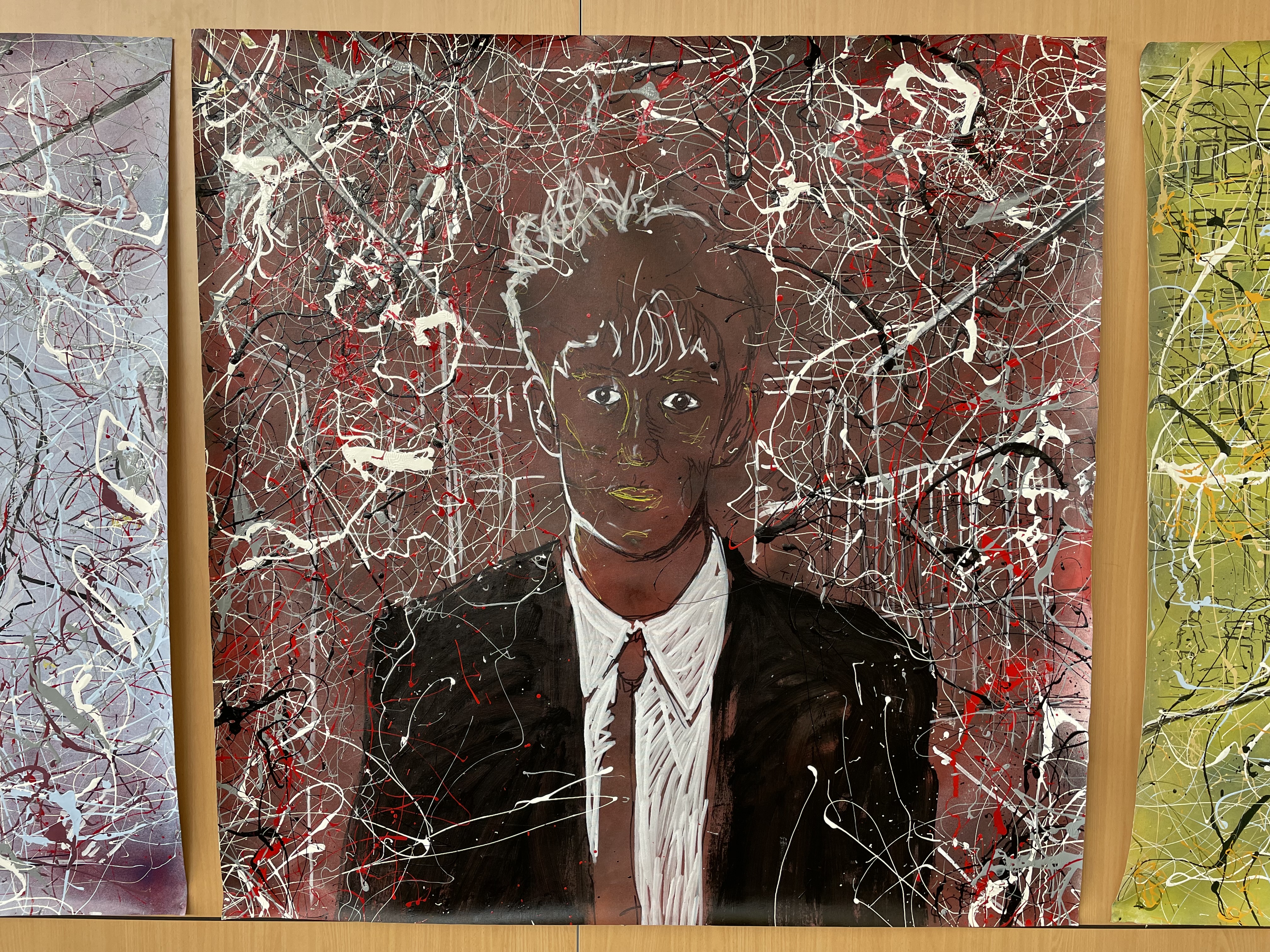 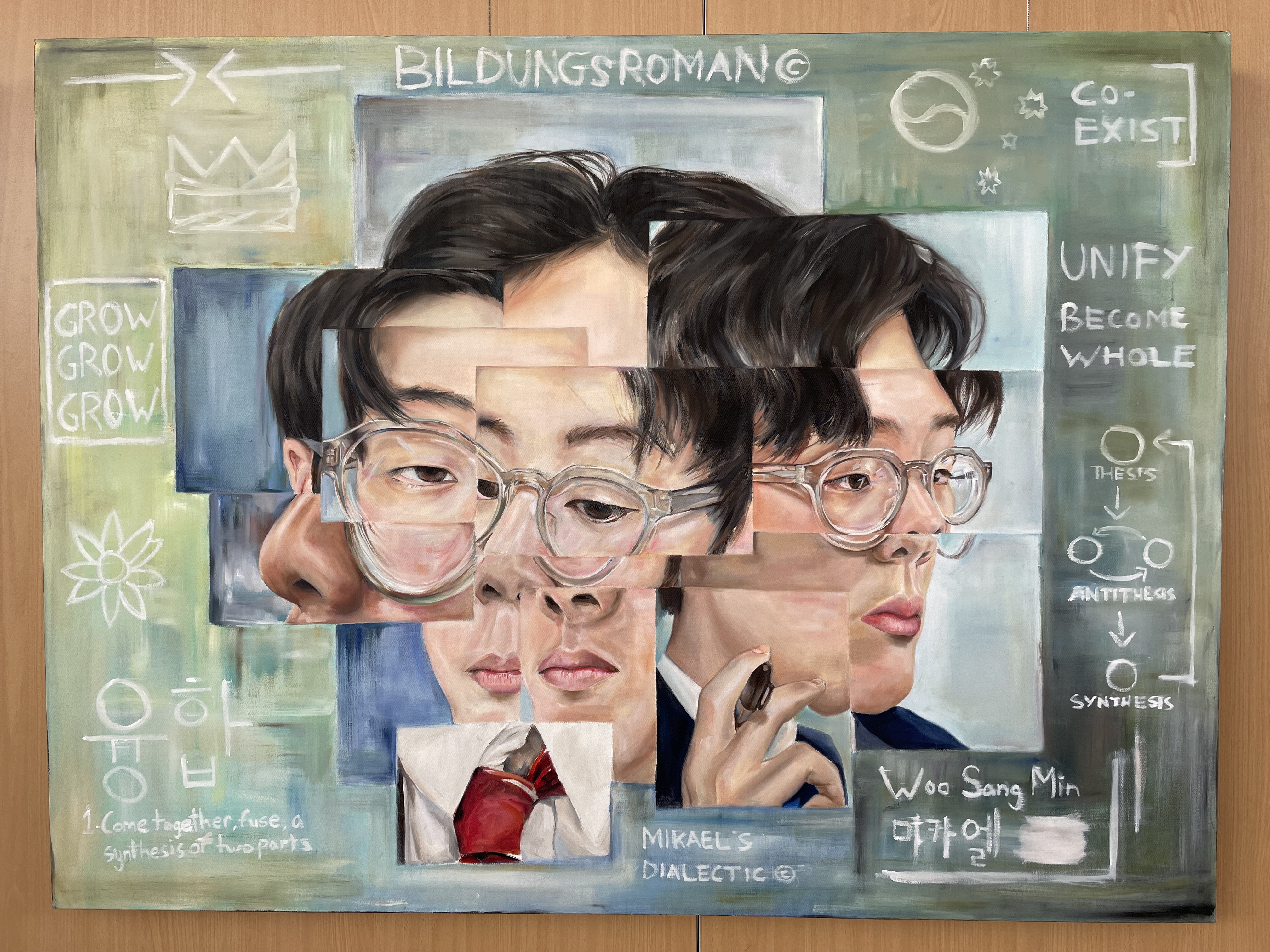 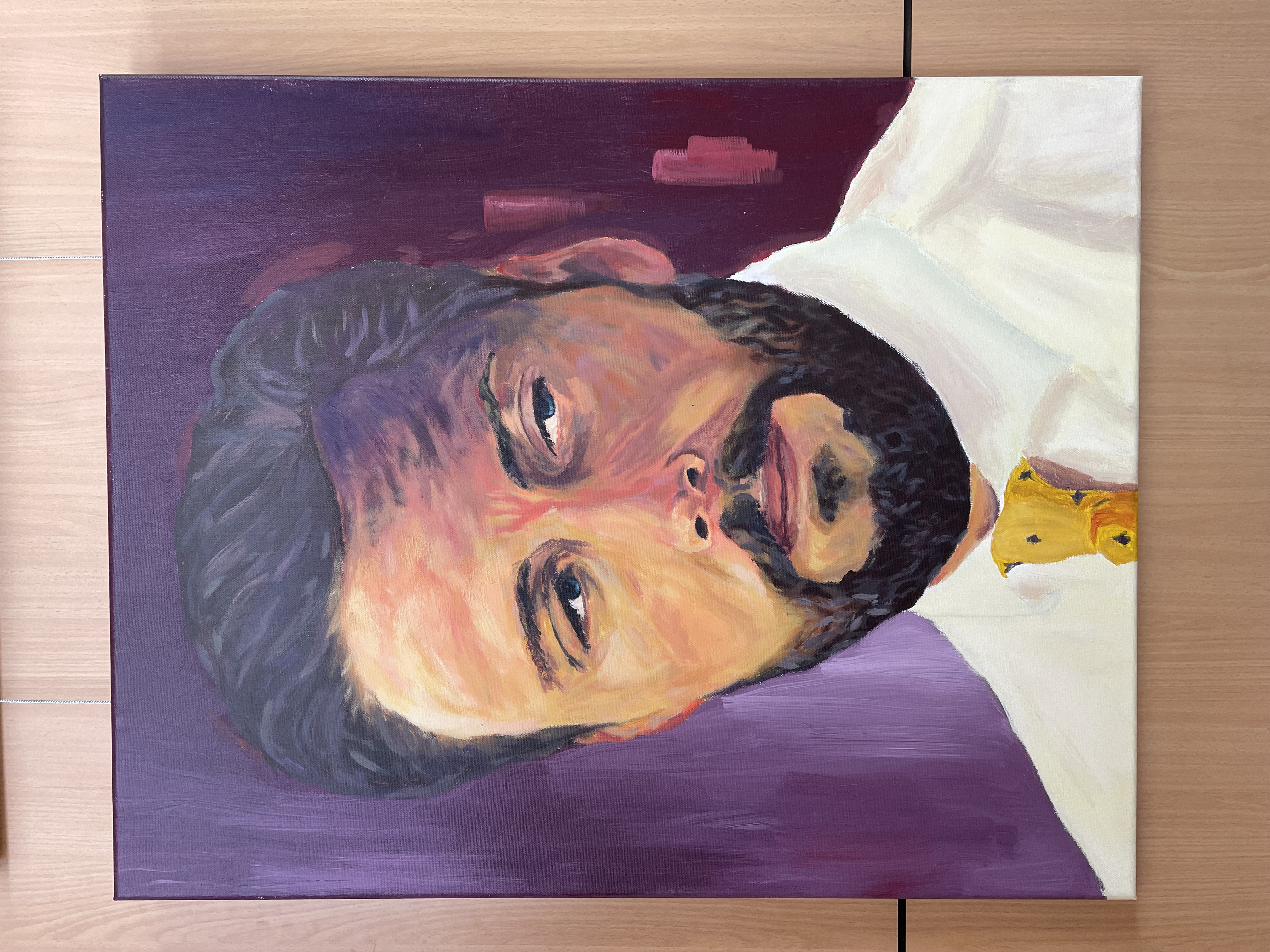 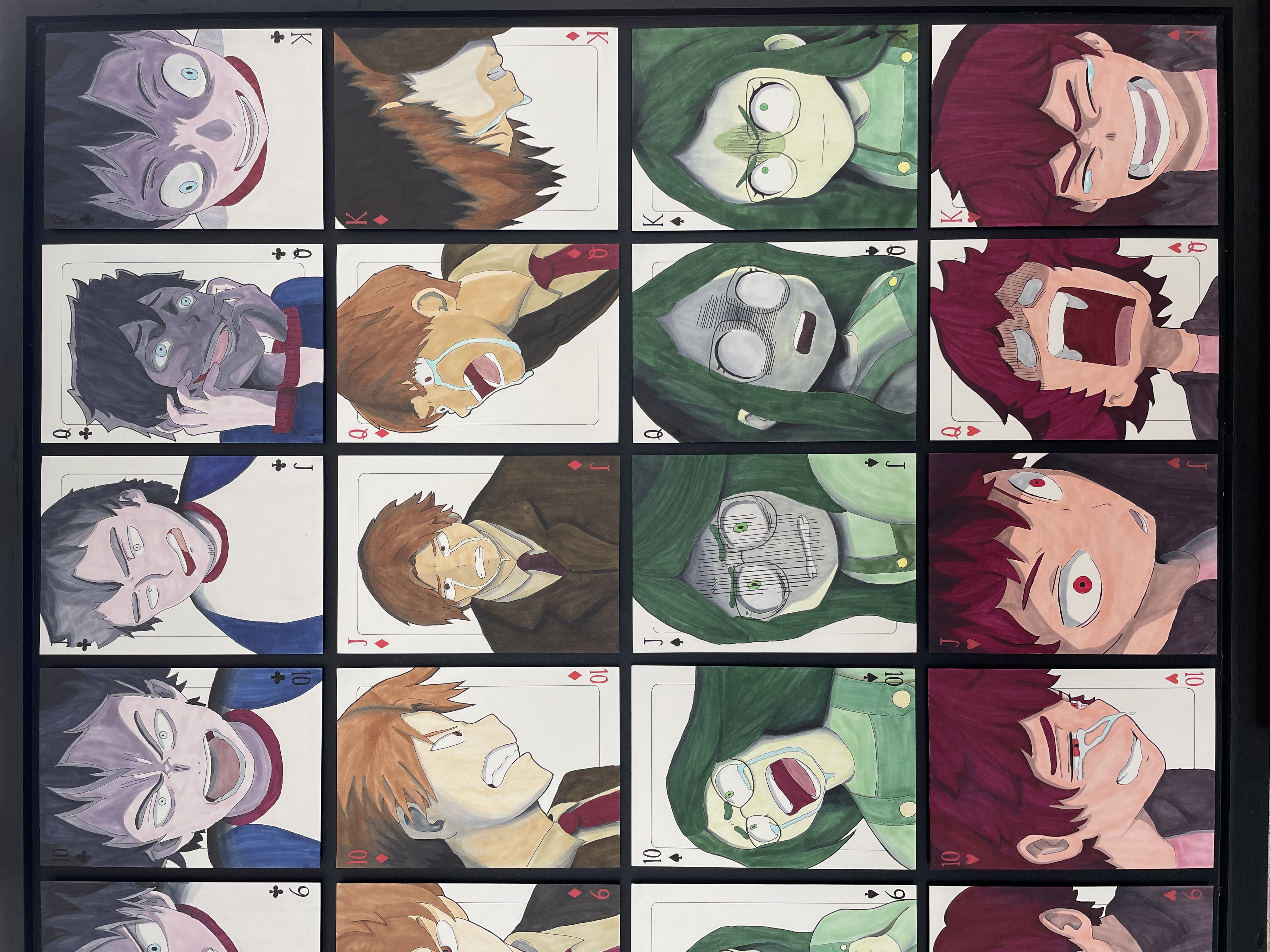 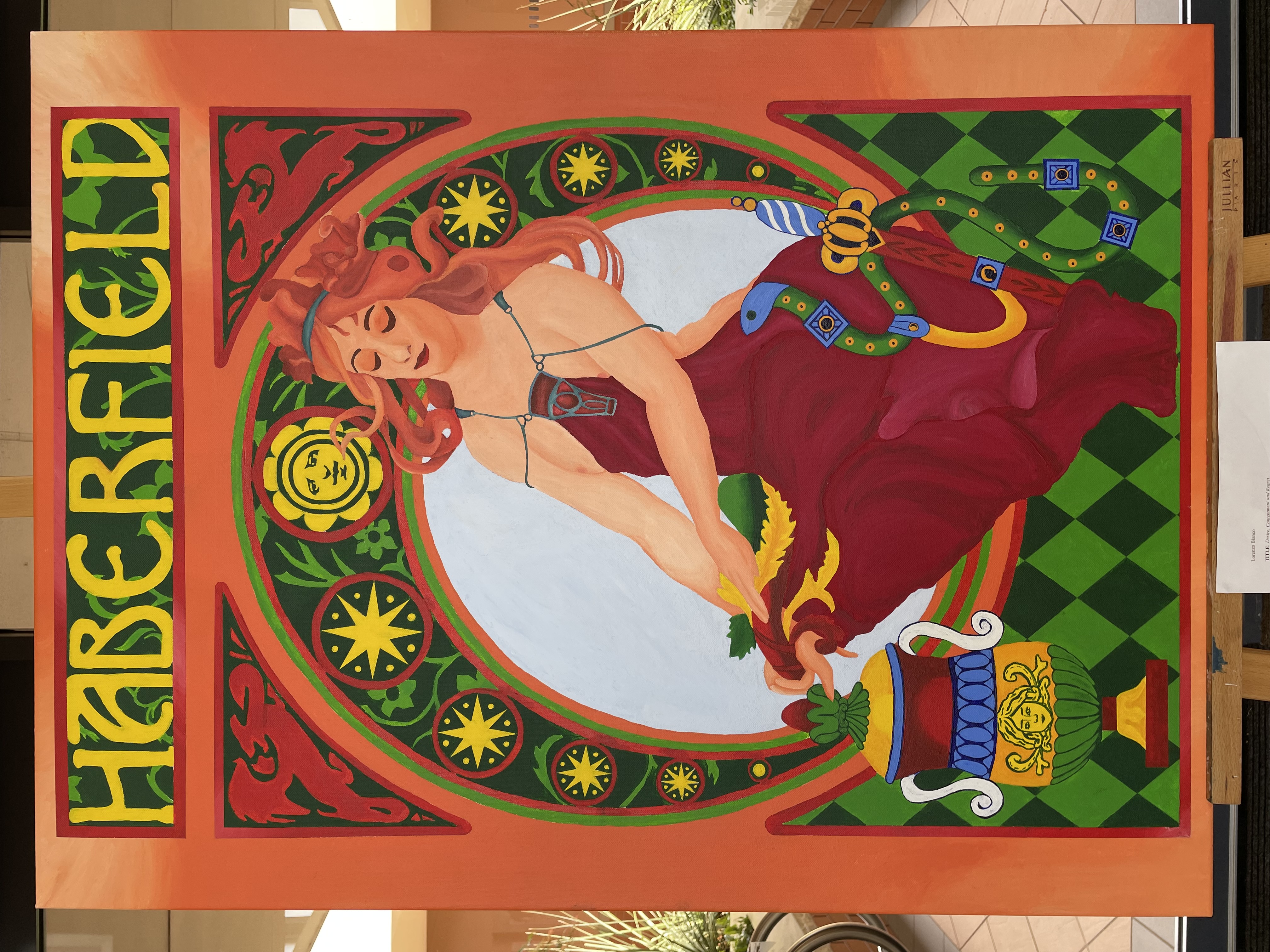